They all came in rlly good, great packaging and quality. Def recommend

I just wanted to see how my art looked in keychain form, now it looks so good I kind of want to order more just so I can sell them. Great job and easy shipping.

I absolutely love how they clean they came out and the quality is solid and outstanding as well! The customer service is top notch as well as they responded quickly and was able to come up with how I wanted these to come out as!

Obviously I haven’t gotten my keychains yet, the proofs looked great though! One thing that’s very annoying is how long it’s taken, it’s been nearly a month. I understand that larger bulk orders take priority and that it’s coming from China to the US, but it’s still a little disheartening. I wanted to test out the site before making a bigger order for a market I’m going to be in, and now I won’t be able to have any keychains because of how long they’re taking to get to me.

Customer service response was great. The product quality was good except the print was very dark. That's probably something I should have fixed though. The print quality itself is fantastic-- very smooth and solid, no ink dots. I would prefer the cuts to be smoother, though. It was still a bit rough around the edges, meaning it should have less jagged cuts. Very fast shipping. Way better than Vograce by far. Highly recommend. 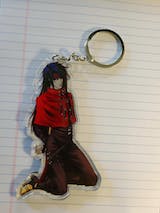 A
Free 3Pcs Custom Acrylic Keychains-18th of Each Month Anonymous
Great, wish it was a bigger size

Everything was great, just wish it wasn't the smallest size. 3 inches would have been better. But otherwise great 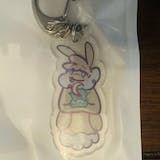 The rainbow keychain is so beautiful. The shipping is also fast.I really love it. 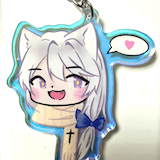 It's free but the quality is really amazing. I like them. I will buy more later 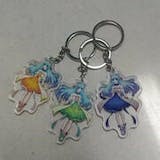 I really love it! 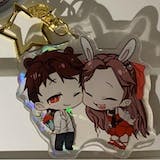 This the first time I've ordered the phone grips and they are perfect! Will definitely be buying these again!

I really love it!! It's great quality and the print is so vibrant!

I got him. Smaller than I thought, but cute. I think it's a nice decoration for my desk. 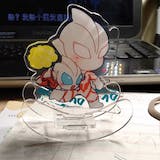 I finally got it. Shipping was faster than I thought. It's really cute. I decided to buy some more!!!!! 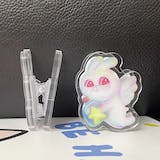 This charm is super cute and I love IT.

I love how clear and crystal it came out <3

The printing on the pins were amazing! I am happy that the font and image came out clear and crisp! 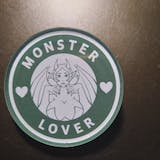 The keychain came quickly. And it's much better than I imagined. I really like it, I will continue to order. 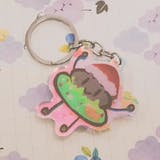 These were exactly what I wanted and more! I am very impressed and will be ordering more!

The rainbow keychain looks so beautiful and it arrived faster than I expected. The acrylic is looking good quality. I will order more. 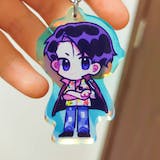 T
Custom Rainbow Acrylic Keychain Theresa
I like it

Stunning keychains! It's really what I wanted. The printing is very good. I am very happy I will order more! 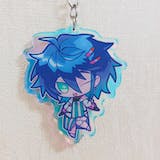 Excellent look, and exactly what you expected . Good quality. Its a bit small, but very cute gift.

Came out exactly how I wanted, very cute, good quality and beautiful at a decent price. Both sides came with the protective film! 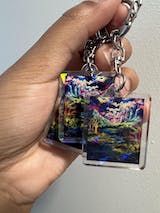 Thanks for your support!

Unfortunately, the charms I bought came scratched, and only one side had a layer of protective film. The other side still had what I assume to be adhesive residue from the cutting process, and was scratched due to the lack of film. Not only that, but it came with the wrong clasp than I requested. Other than that, I'm pleased at the speed in which I got the charms, but I wish they had come in better condition so that I could sell them at full price. 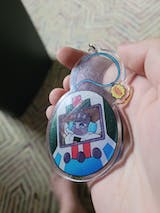 Thanks for your patronage.
Sorry for giving you an unsatisfied buying experience.
I checked that your keychain's both surface does have a protective film to prevent the surface of the keychain from being scratched.
But the film is a little difficult to tear off. You can tear off the protective cover with your fingernails from the edge.
Do like this: https://twitter.com/pdodokeychains/status/1543725774225559552
Thank you.

A
Custom Clear Acrylic Standees Anette
love them so much

The charms themselves look amazing! All of the charms came really quick ! The customers service was just perfect! Thank you so much!!! 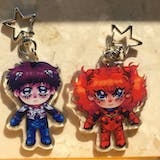 Your cart is currently empty.

trending
You have successfully subscribed!
This email has been registered
Close